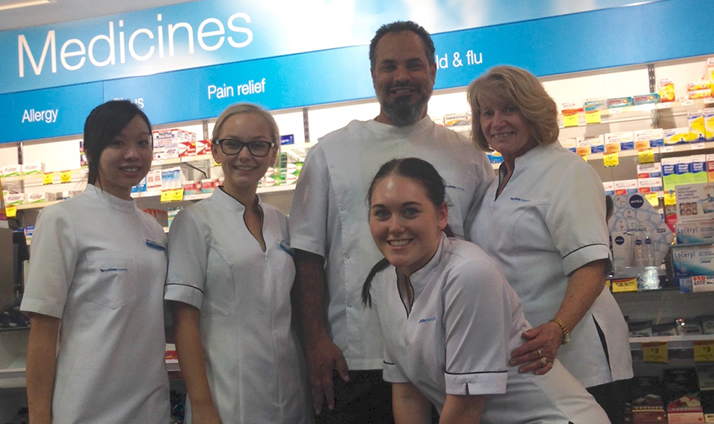 The April Boss of the month is Moe from Terry White Chemists Bellbowrie!

This isn’t the first time this pharmacy has featured in PA News – Frances Byrne (next to Moe on the right) was Student of the Month at the end of 2014. Trainer and Assessor, Linden Pirrone was happy to see that Moe had printed copies of that PA News edition and placed it on the counter so all the customers could see how proud he was of his staff.

Moe was nominated by his staff and when we asked them why they nominated him, they said:

“Moe consistently goes above and beyond for both his staff and customers to help improve their health and education on products. In the past year, Moe has been the supervisor for three of his staff members doing Certificates and greatly assists them by arriving an hour early every Monday and Friday before work to help them complete their study.”

Moe is one super supervisor!